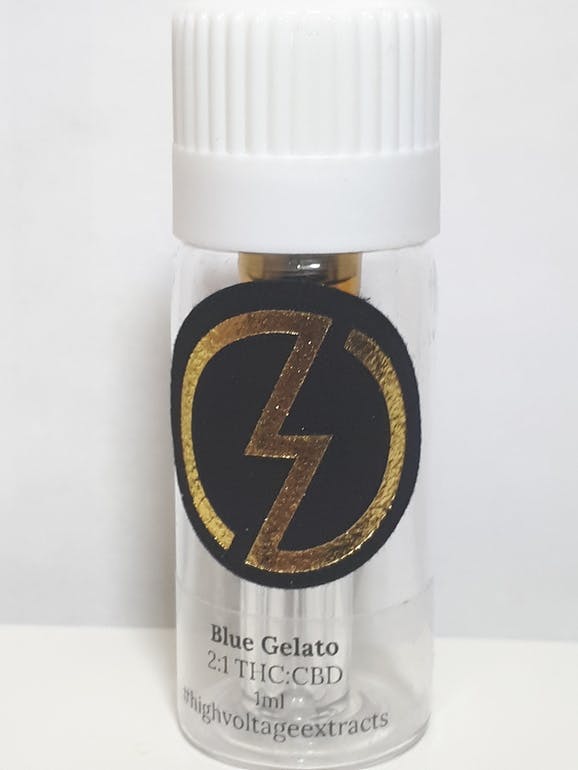 Never tried HVE 2:1 THC:CBD cartridges?These cartridges are a blend of HTFSE (terpenes) and CBD distillate, with a ratio of 66% terpenes to 33% CBD distillate. Enjoy the effects and flavour profiles of most popular HVE strains with the added benefits of CBD.  $55 each or $150 for 3

Gelato is a cross between Sunset Sherbet and Thin Mint Girl Scout Cookies, named in homage to its sweet aroma. Also known as Larry Bird, Gelato (#33) was first cultivated in Northern California’s Bay Area and is derived from a deep bank of genetics created by the Cookie Family, the Sherbinskis family, and cultivator Mario Guzman.

The cultivators parted ways following its creation, and the cultivator who possesses the most “stable version” of Gelato genetics is up for debate. Cookies cultivates a few phenotypes and descendants of the strain named Gelato #42, Dolce Gelato, and a sun-grown Gelato. Sherbinskis grows four stabilized Gelato phenotypes in its rotation as well: Gelato #41 (Bacio Gelato), Gelato #43 (Gello Gelato), Gelato #47 (Mochi Gelato), and Gelato #49 (Acai Berry Gelato). Per Sherbinskis, the #33 phenotype is no longer in cultivation.

High Voltage Extracts is a small group dedicated to providing you with pure, potent medicinal extracts of unparalleled aroma and flavor. Their concentrates are made from flower grown on Vancouver Island and a small group are responsible for extractions, packaging and distribution. They are involved in every step in the path to providing you with unique, high quality live resins, sauces, cartridges and edibles; all made from live, fresh flower.

There are no reviews yet.

Only logged in customers who have purchased this product may leave a review.

50% Off All Edibles Use Coupon code: 50Off at checkout. Dismiss